The Search For A Durable Computer Mouse

I have been using gaming mice for several years now. I never really cared for gaming mice until one day I was playing Counter Strike, and I noticed that my five dollar cheapo mouse would only move in noticeably discrete distances. It’s incredibly difficult to line up the crosshairs when they jump across the screen in millimeter increments, making headshots at a distance really difficult. That's when I realized I needed a better mouse.

Since getting a gaming mouse, I’ve grown very accustomed to using the side buttons too. It’s incredibly convenient to be able to go back and forth in web browsers, file explorers, editors, and many other applications. 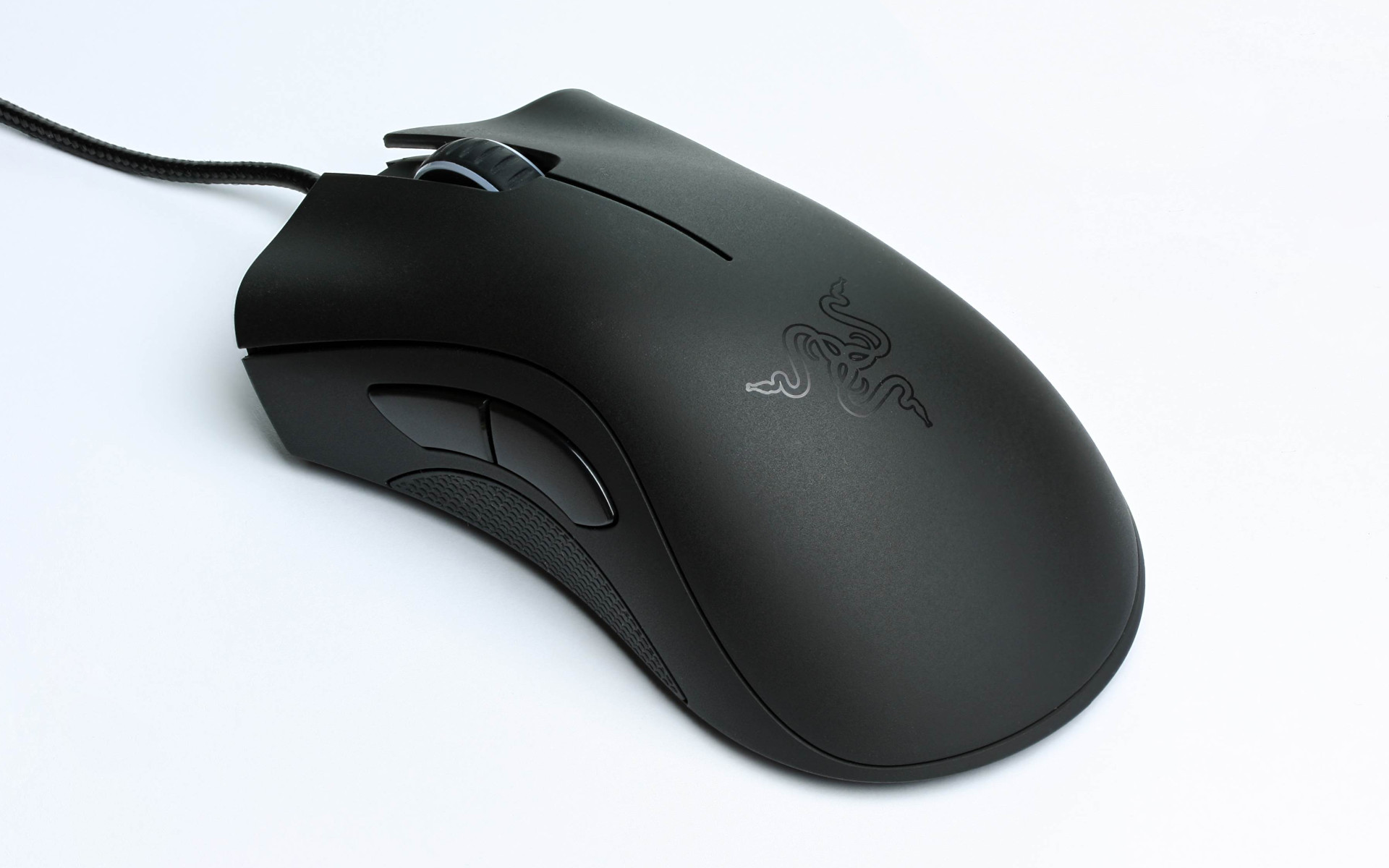 This stupidly named mouse is the first gaming mouse I started using (Dude it adds death to your computer, it’s badass bro). I used this mouse for about two years with no problems at all. Then all of a sudden, conveniently after the warranty period ran out, the middle click button stopped working. I would middle click, I would hear the sound and feel the mouse middle click, but nothing would happen on the screen.

Some people even suggested soldering on a new middle click button, but that’s ridiculous. You’d have to remove the rubber pads glued to the bottom of the mouse and pierce the sticker to get to all the screws, disassemble everything very carefully, desolder the broken middle click button (assuming you have a soldering kit), resolder a new middle click button (assuming you even have the correct button to replace it with), then put everything back together the way it was. And then you’ll have yourself a crappy cobbled together mouse that will probably break again in six months. Instead I got a new mouse. 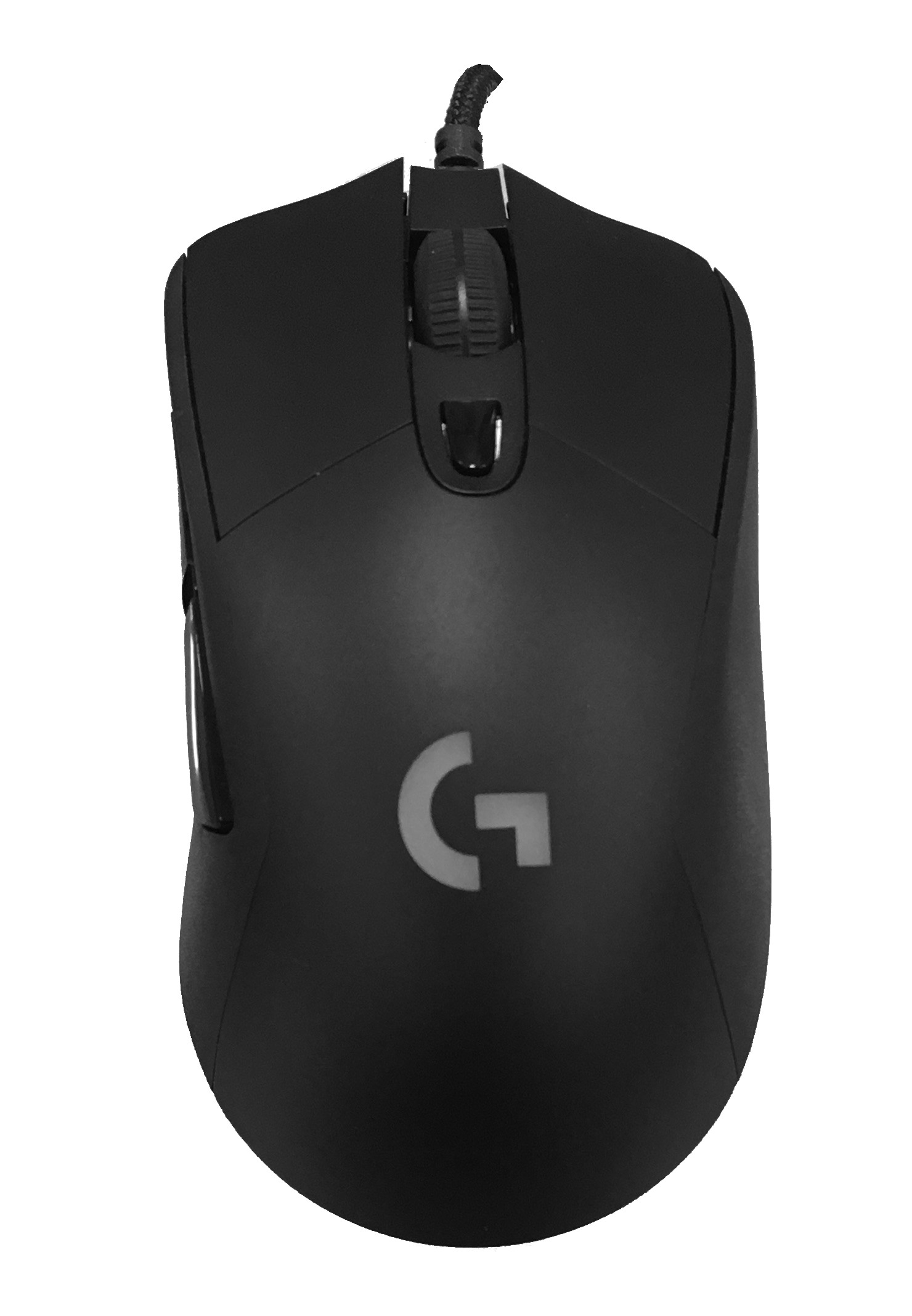 So I got this mouse next. It was a pretty neat mouse, it had a 100 gram metal disc you could insert if you wanted your mouse to be a little heavier. It worked fine for about six months with no problems. Then suddenly it started having scrolling issues. I would start scrolling down a page and then it would randomly scroll backwards for a bit then continue scrolling forwards. This was especially frustrating when playing videogames. I’d be trying to scroll to a certain weapon in a cyber life or death situation and the scroll wheel would scroll to the wrong weapon, and by the time I’m able to get to the correct weapon I’m dead.

This time however there was a firmware fix from Logitech. A firmware fix for a mouse though is pretty weird in my opinion. Computer mice have existed for over 50 years, is it not possible to ship a mouse that just works? Apparently not. So I downloaded the firmware, installed it on to the mouse, and everything worked fine, for about another 18 months. Then the issue started to crop up again except worse.

I tried to see if there was a firmware update again, but there wasn’t. Some people suggested to run the mouse wheel really fast over a surface like a toy car, but that didn’t work either. There were also suggestions to resolder a component inside the mouse, but like I said before that’s a pretty ridiculous thing to do just for a mouse.

When I was working in the office more I wanted a computer mouse with side buttons (like I mentioned above), so I bought a Logitech G203 Prodigy. I bought it right before the pandemic hit so I didn’t really use it much in the office, and I gave it to my brother. About two years later, he told me it started having double clicking problems, where it would click twice for each single click.

I also have a Logitech G432 Gaming Headset. And about two years in (I keep saying two years, it must be the magical number) the volume wheel on the left side stopped working correctly. I used the volume wheel on the left side extensively since it’s convenient. While adjusting the volume the left side would start to sound quieter than the right side, and I would have to scroll the wheel up and down repeatedly to get the volumes to match on each side. In addition to that the rubber parts of the headphone ear cushions have started to disintegrate, leaving me with black bits in my hair and ears when I game with friends or have a work meeting.

So I tried Razer and Logitech mice, they both gave me problems, so I thought I’d try yet another brand. 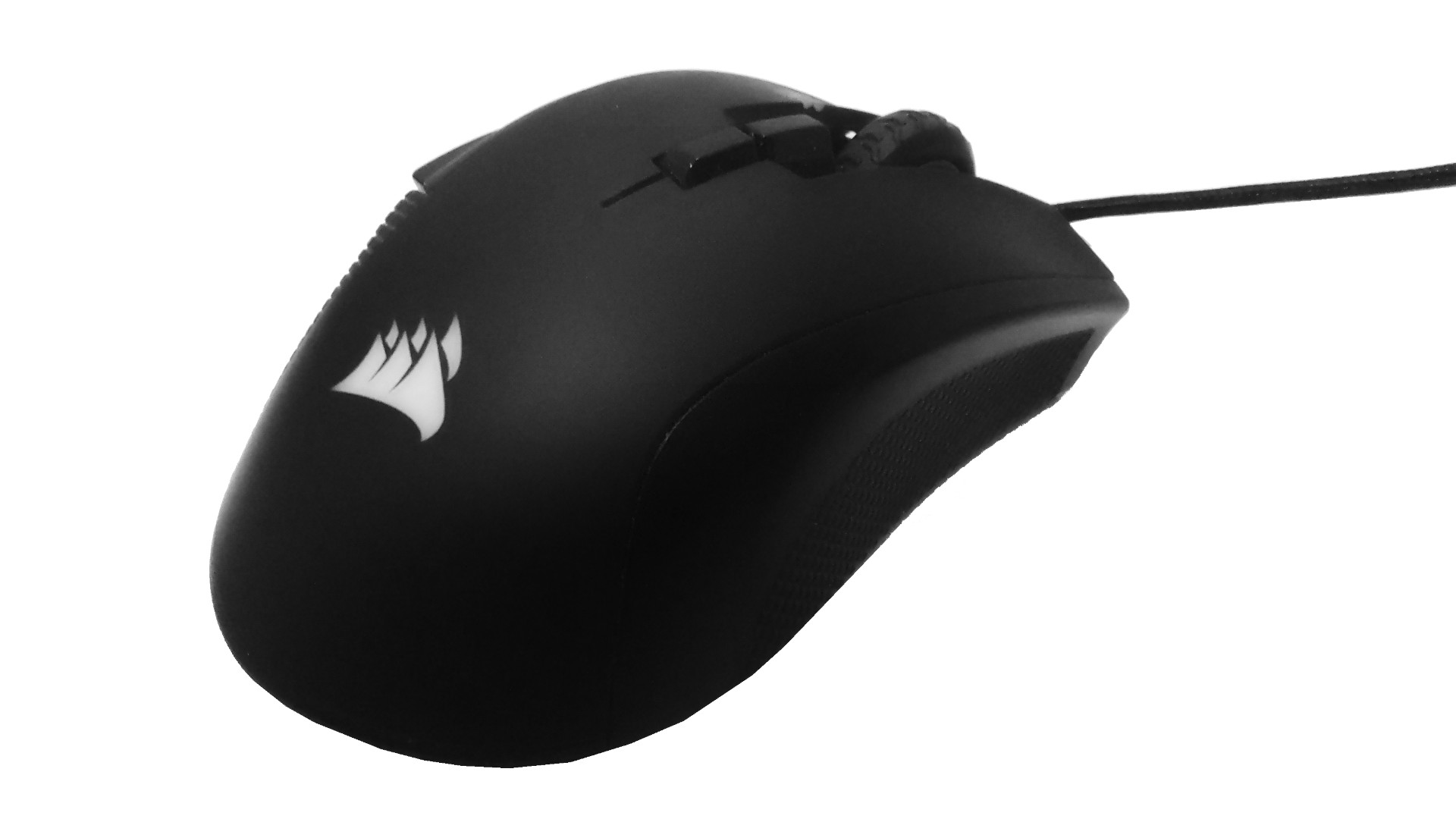 I’ve had this mouse for about a year now, and everything has been alright up until a couple weeks ago. I started noticing the middle click button wouldn’t register my clicks. I would hear the click sound, and feel it click on my index finger, but nothing would happen on the screen. It lasted for a few days and then it went away. Maybe there was a piece of dirt in the mouse? Maybe there was a driver update in the background that I didn’t notice? Maybe the computer just needed to restart (I tried it on my laptop too the same day and it still had the issue)? Who knows, but with my luck the mouse wheel will start acting up again at the magical two year mark. But it’s not going to reach the two year mark because I noticed something else in the past two weeks too.

While I was busy at work, I was clicking through stuff and I started to notice that something was tickling my index finger. I thought to myself “Huh I must have gotten Cheeto dust on my mouse somehow, better scrap it off.” So I started scratching away on the left mouse button with my nail to get rid of the supposed “Cheeto Dust,” then I looked down and realized that I was actually scratching away the coating of the mouse! It’s not like I sweat acid, and I’ve only just been using this mouse for about a year now. 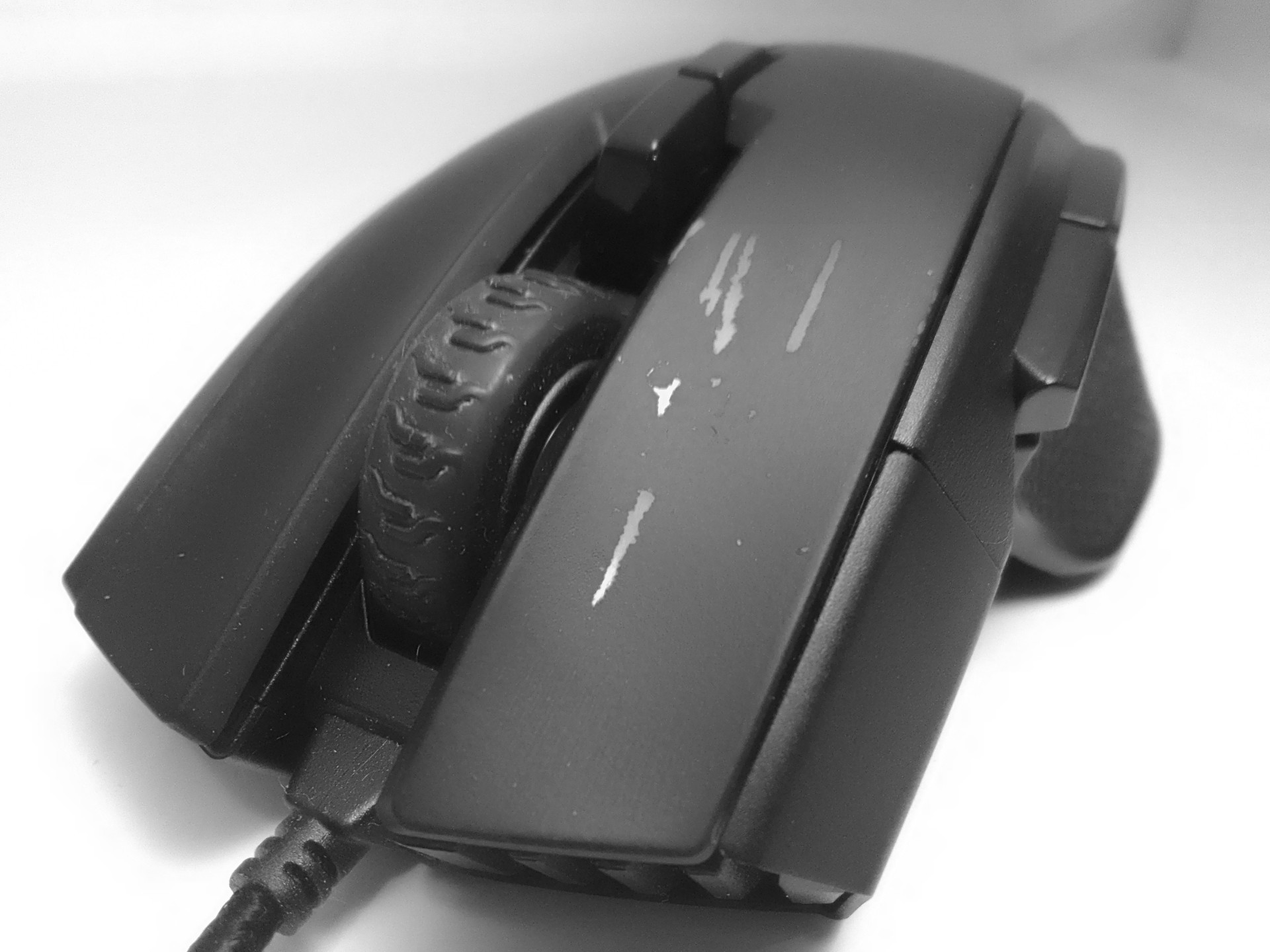 So over the past several years, I’ve tried three mice from three different well known manufacturers, and they’ve all had problems disappointingly early. Could it be planned obsoleteness from all of them? Maybe they manufacture mice with low quality parts that aren’t designed to last that long so you’ll buy a new mouse every two years? Whatever it is, I cannot trust any computer peripherals from these brands anymore.

What I would really like is a mouse built to last. Not that the parts are indestructible, but that they could perhaps be swapped out. Like the middle mouse button in the Razer DeathAdder, if it was easier to disassemble the mouse and replace the faulty middle mouse button, I probably would still have the mouse right now. But instead it’s just taking up space in a landfill, along with my Logitech G403, and soon my Corsair Ironclaw.

The only mouse manufacturer that I’ve been able to find that has mice that are meant to be repaired is Republic of Gamers, a brand of ASUS. I’m always skeptical of brands that are specifically for “gamers,” cause they tend to be cheap gimmicky products. Republic of Gamers is an incredibly goofy name for a brand, and their website looks like it was designed by edgy middle schoolers. But this is the only decent option I have for a repairable mouse it looks like.

I’m probably going to go with the wired ROG Gladius III. I’ll see how that goes for the next two years, and if it craps out like the other three mice I’ve used then I might come back for an update.