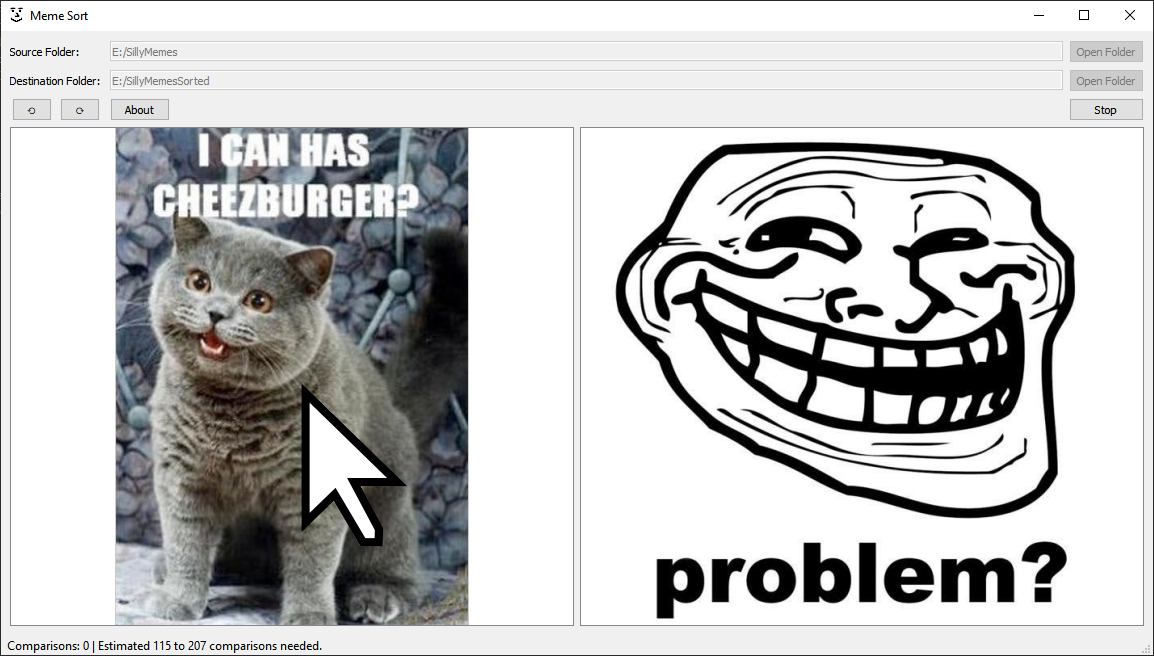 Meme Sort is a sorting program that lets you sort your pictures. All you do is select a source and destination folder, click start, then click on which image you think is better. When all the comparisons are made, the pictures from the source folder will be copied to the destination folder and will be ordered by your judgment.

You can download this for Windows from my Github below:

This application is a continuation of my Incomparable Sort idea that I wrote about and developed before. Meme Sort is what I actually had in mind when I developed the first Incomparable Sort, but I didn’t have the time to implement my idea with images.

I decided to use Qt because I wanted to develop my application in C++ and it’s a popular toolkit.

From my previous article I determined that Merge Sort was the most optimal algorithm for this purpose as it has the fewest comparisons on average. Where I differ though is my Merge Sort implementation. In my previous Javascript implementation I used Merge Sort with recursion. Using Merge Sort with recursion in my desktop application would lead to several problems such as having to halt execution of the program while waiting for the user to make a comparison. I decided instead to implement Merge Sort iteratively with a bottom up approach. The list of images would be split into a list of lists containing one image each. Then each list would be merged back together by the user’s comparisons until one fully sorted list is left. 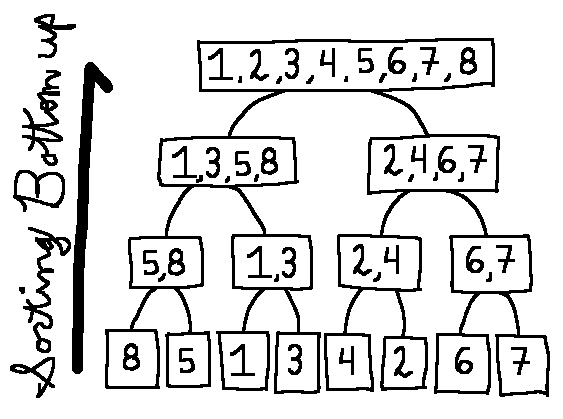 When performing the comparisons in my last article, I would always wonder how many more I had left. After all the best we can really do in sorting is nLog(n) complexity. I wanted to be more specific though, so I found two scholarly articles with formulas to calculate number of comparisons from Marek A. Suchenek, Ph.D.

I had a lot of fun developing this application. I started developing it a year ago after I wrote the previous article and now I’ve finally gotten around to finishing it. I’d definitely arrange the code differently given the knowledge I've gained along the way, but I’m just happy to have the application that I’ve wanted all along. Now I can sort my memes, vacation photos, selfies, and much more!